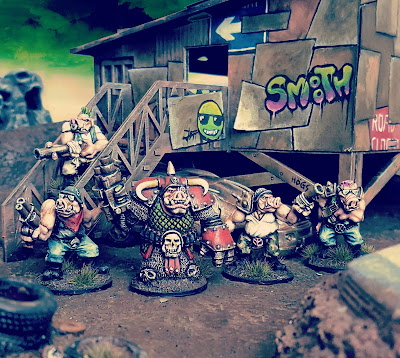 These are really cool ! And you can bet that I have pledged! There are pugs as well!! The hogs are by far my favorite and I see a lot of uses for them. Oh come on...Gaming is supposed to be fun! There is not much reality in a spacemarine either. Might as well have a bit of fun. Check some of these images too: 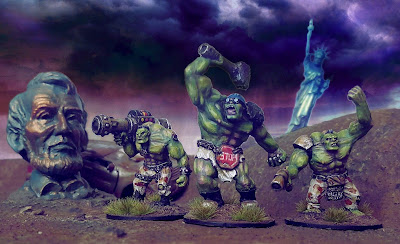 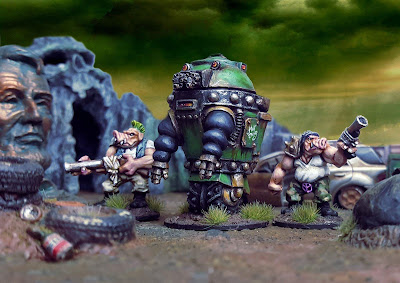 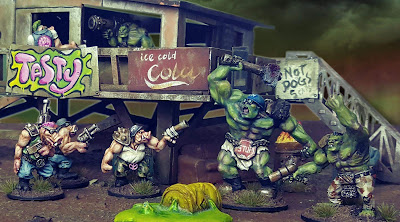 There is not much risk in this Kickstarter. He has produced other KS and delievered within time limit. And as you can see, the products are just about ready. He is hammering away on making the stretchgoals that have been unlocked. 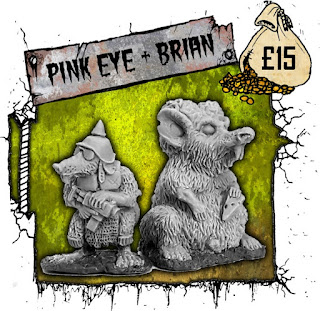 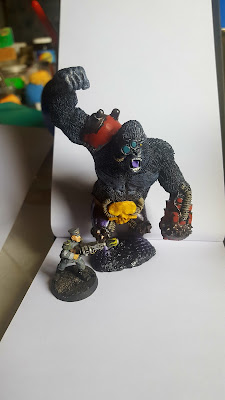 I am in the process of painting this big guy. There was next to no clean up needed. A bit of flash and that was it. Such a joy to work with. The kickstarter is enning this coming sunday the 2. of July. It is funded...So go check it out and pledge!

I have pledged several projects on Kickstarter. From Mantic Games, Thunderchild miniatures, Ramshackle Games, Across the dead earth and many more... But I see myself more and more backing the smaler ones. Like the one above here. I know Zombiecide is doing one right now where you get a fuckton of miniatures. I am NOT pledging that one. Cool models, I really like Mercury and Lemmy! But I wil not buy it. The reason? I have yet to paint the original Zombiecide. Granted it is some of the expansions and heroes but I have yet to play through all of the missions. And I have not played Black plague ONCE.  They are very cool models but I have drawn a line. Hobby money will be spent elsewhere. It will just get put on a shelf and lie for ages unused. 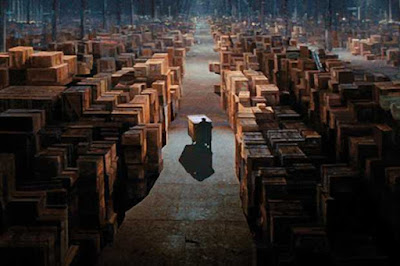 Plus...Now that it would seem 40k could work again...I might bring out my old Praetorian guard. Sure I have the army...So not much money will be spent there. And I remembered that I had some tanks from Ramshackle games  which I will use as armoured allies. And there we go.

Am I being an adult ?! Still want shiny models though... Just not backing stuff where I know it will likely not get used in several years. Okay...I have several of those models now. Being a ner has some drawbacks. I have been trying to sell some of my models in order to bring more orer to the madness here. Focusing a bit more on the games I actually play. And those are mainly skirmish games. Kings of war and maybe 40k being those I play that are not skirmish.

Sigh ...This turned out to be the ramblings of a madman instead... Not much usefull information. If you have stuck through all of this...Let me ask you a question. Do you have a really cool miniature, that you have yet to paint and for some reason can not get started on? I think we all have, at LEAST one ! But that does not stop us from buying more....
Indsendt af Lord Siwoc kl. 02.13