Survivors from ACROSS THE DEAD EARTH 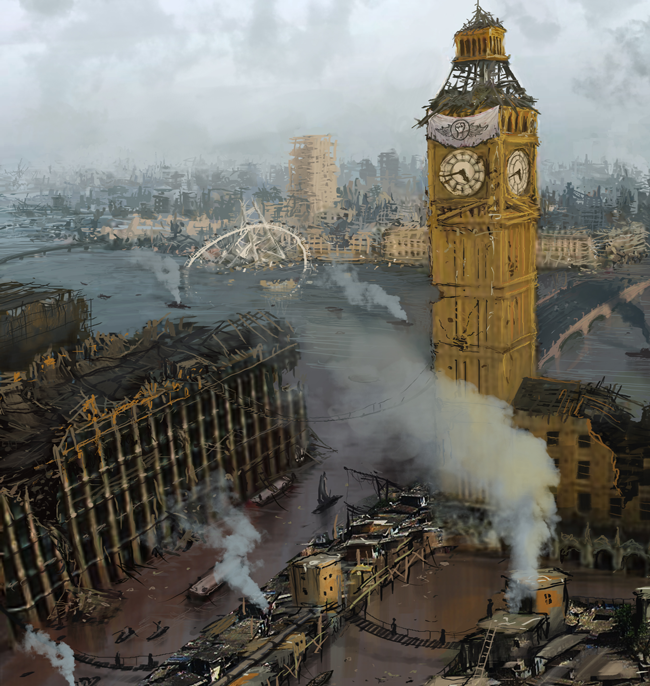 Across the dead earth

Is a game I have supported on Kickstarter as many of you know at this time. I have also been amongst the beta gametesters. Worked on the rules with the guys and had some good talks and discussions with the rest of the betatesters. Well Mike and Rich, the guys behind the game, wanted to thank us Betatesters and gave us the first castings of some miniatures. One of them, the girl, will not be put in production as the proportions were a bit of. Simon/Brummie has already shown his take on these miniatures, which is great! I got hold of mine this Tuesday (Damn postal) and here is my work: 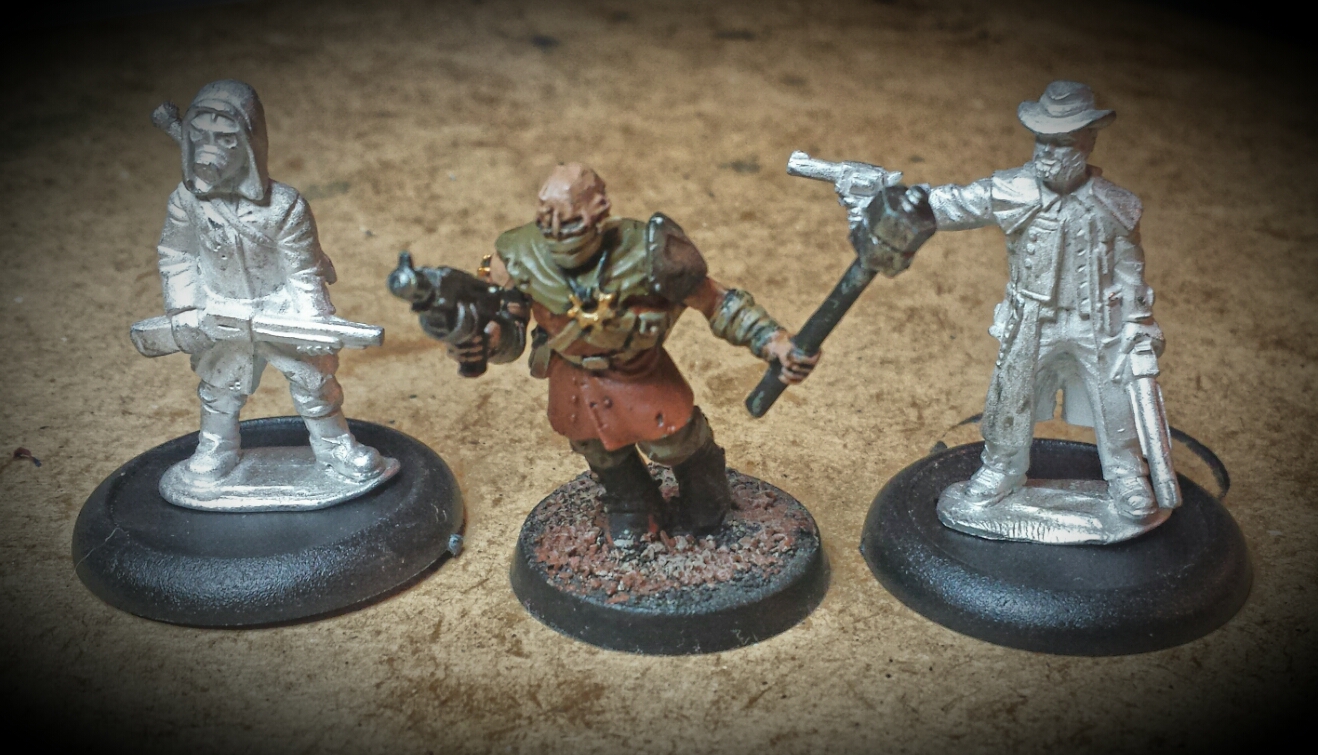 Some miniatures for scale. Grekwood miniatures and EM4 in the first picture and in the other we have a plastic miniature from Games Workshop. The miniatures are on thin flat bases. No clean up to do on them. Having a little think with this one, I made her into a teenage chav. The Oxford Dictionary defines "chav" as an informal British derogatory, meaning a young lower-class person who displays brash and loutish behaviour and wears real or imitation designer clothes. And thus she is seen wearing an ADIDAS knock of hoodie and sweatpants. 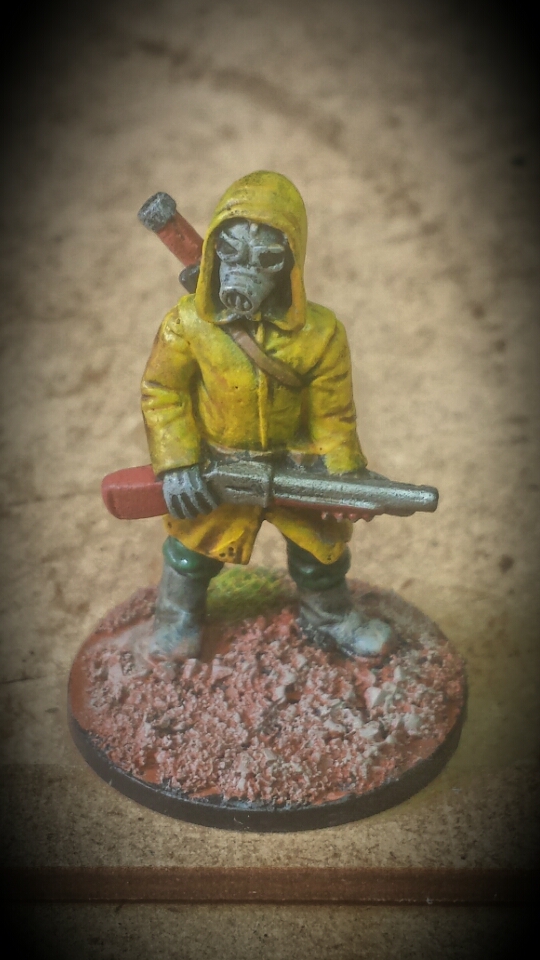 The yellow mac (raincoat) was a must for this guy in my opinion! Readily available and hard to ruin. He is ready for just about anything. 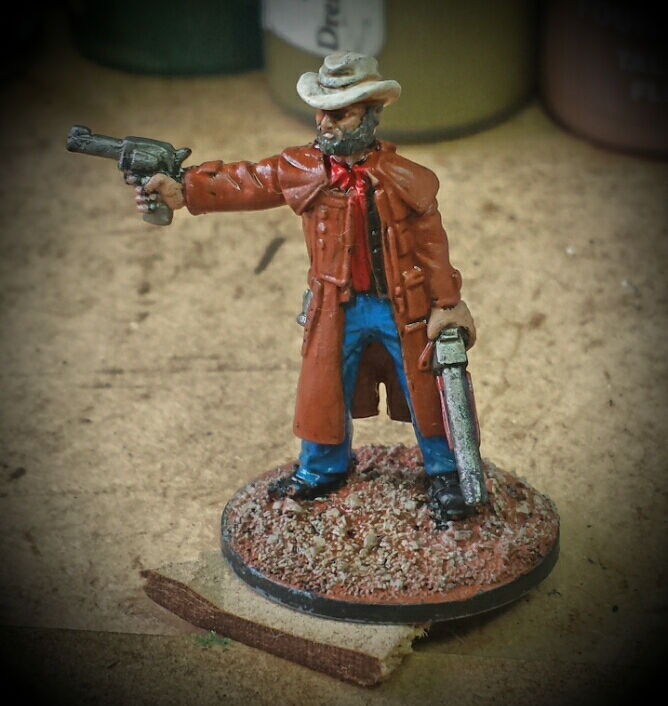 A leathercoat an a beatup cowboy hat. "Get of my property you lousy zombies!" 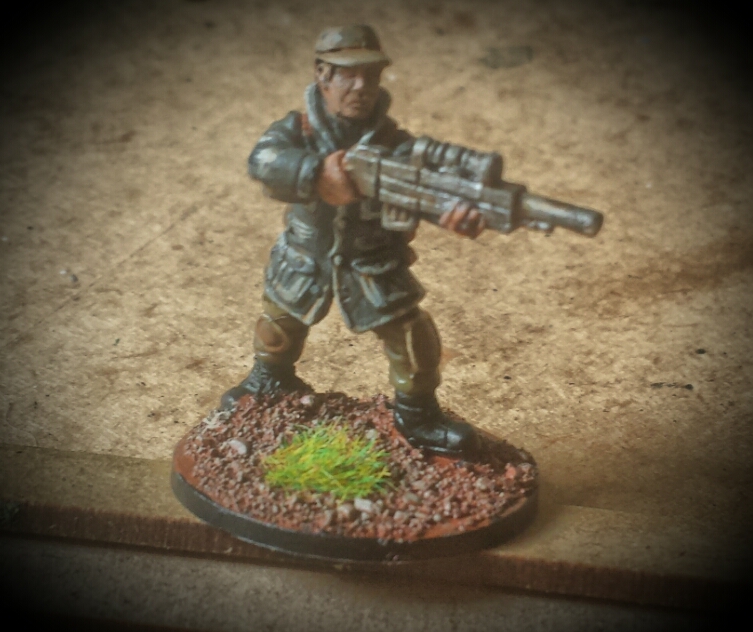 Semiautomatic rifle and a scope, good for those headshots.

And there you have the gang together, with some grass on the bases to finish them of. They fit the post apocalypse really good!


I like this game, not just because I helped out with the rules but it really fits my way of gaming. Nice and easy mechanic to get the game flowing. Still with some surprised thrown in and campaign system to make your gang better (or dead).

I will be skipping an update here on the blog due to me taking a trip to London with my girlfriend. Turning 40 years old Saturday the 14th, so I skipped the country! (If you want to buy me a pint for my birthday my PAYPAL is lordsiwoc@gmail.com ) He he... Really looking forward to visiting London again, love that city! Ofcourse I will see if I can find soe suitable model cars for my games. A london cab would be excellent!

And we will meetup with Mike from Dead earth games. "What? You are going to London with me, only to play a wargame with Mike?" No dear....Though that would have been cool too! ;-)
Indsendt af Lord Siwoc kl. 09.44